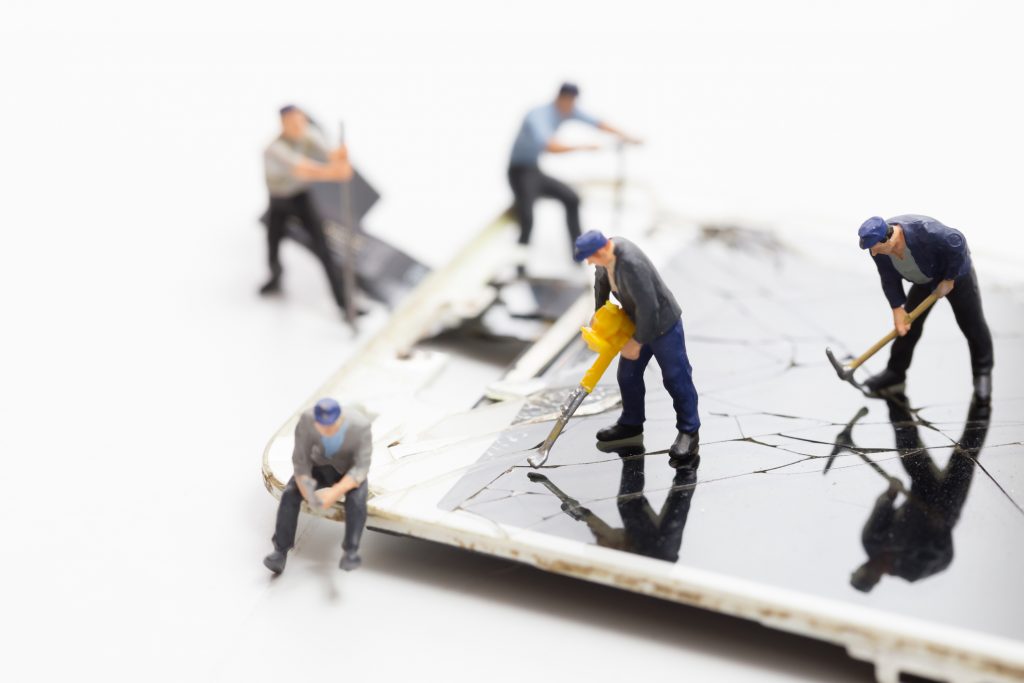 Tablet repair at an affordable price

My tablet needs repair, now what?

Bobby Buckner is a repairman, but not the kind who fixes your car. He’s more like a Dr. Frankenstein for tablets, mobile phones and computers – he breathes new life into cracked screens, battery ports and anything in between, literally.

His makeshift lab looks like something out of a Makerspace fantasy – an entire wall of power tools and spare parts, drawers full of screws and rare components from broken iPhones and Samsung Galaxies. In the corner sits a MacBook with its screen pried off exposing its innards to visitors’ curious fingers.

We provide you with trustworthy repair for your tablet.

Repair broken, damaged or unresponsive screen, Test and verify functionality after repair.
Price: $90.00
*price reflects labor only and not parts.
Book It!

Run test to diagnose and figure out what the issue is and what can be done to repair it.
Price: $25.00
Book It!

Replace a dead or quickly draining battery. Test and verify functionality after repair.
Price: $70.00
*price reflects labor only and not parts.
Book It!

If you don’t see what you are looking for please fill out a custom request and we will get you a quote on your repair.
Price: Varies
Book It!